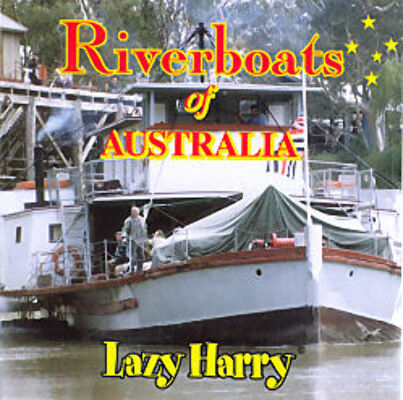 Lazy Harry (alias Mark Stephens) - a lover of singing Australian songs about this wide brown land - is a born entertainer and singer. His blend of music and typical Aussie humour with its attacks on pretension, is as Australian as meat pies and Holden cars.

The riverboats of Australia provided a major link in Australia's transport system and one of the most colourful periods of our history. During the 1870's they serviced over three thousand miles of waterways from Albury to Goolwa and from Wagga Wagga to Burke. Their grand ere came to an end with the arrival of the railway, but paddlewheelers still ply the Murry as a living reminder of those bygone days.

The music on this album brilliantly captures the atmosphere of the old paddlewheelers and the characters who travelled and worked on them.