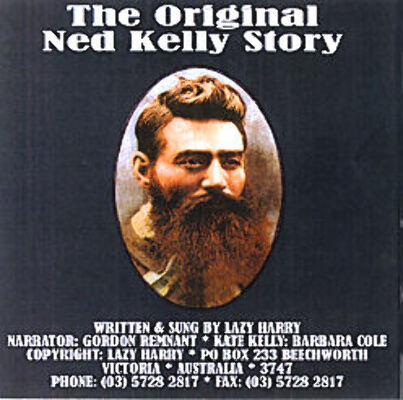 Lazy Harry (alias Mark Stephens) - a lover of singing Australian songs about this wide brown land - is a born entertainer and singer. His blend of music and typical Aussie humour with its attacks on pretension, is as Australian as meat pies and Holden cars.

This album faithfully tells Ned Kelly's famous story in dialogue and song It has been a steady seller for 16 years and is played continuously each day at Glenrowan. Lazy Harry's time honoured album telling the story of Ned with traditional and original songs.